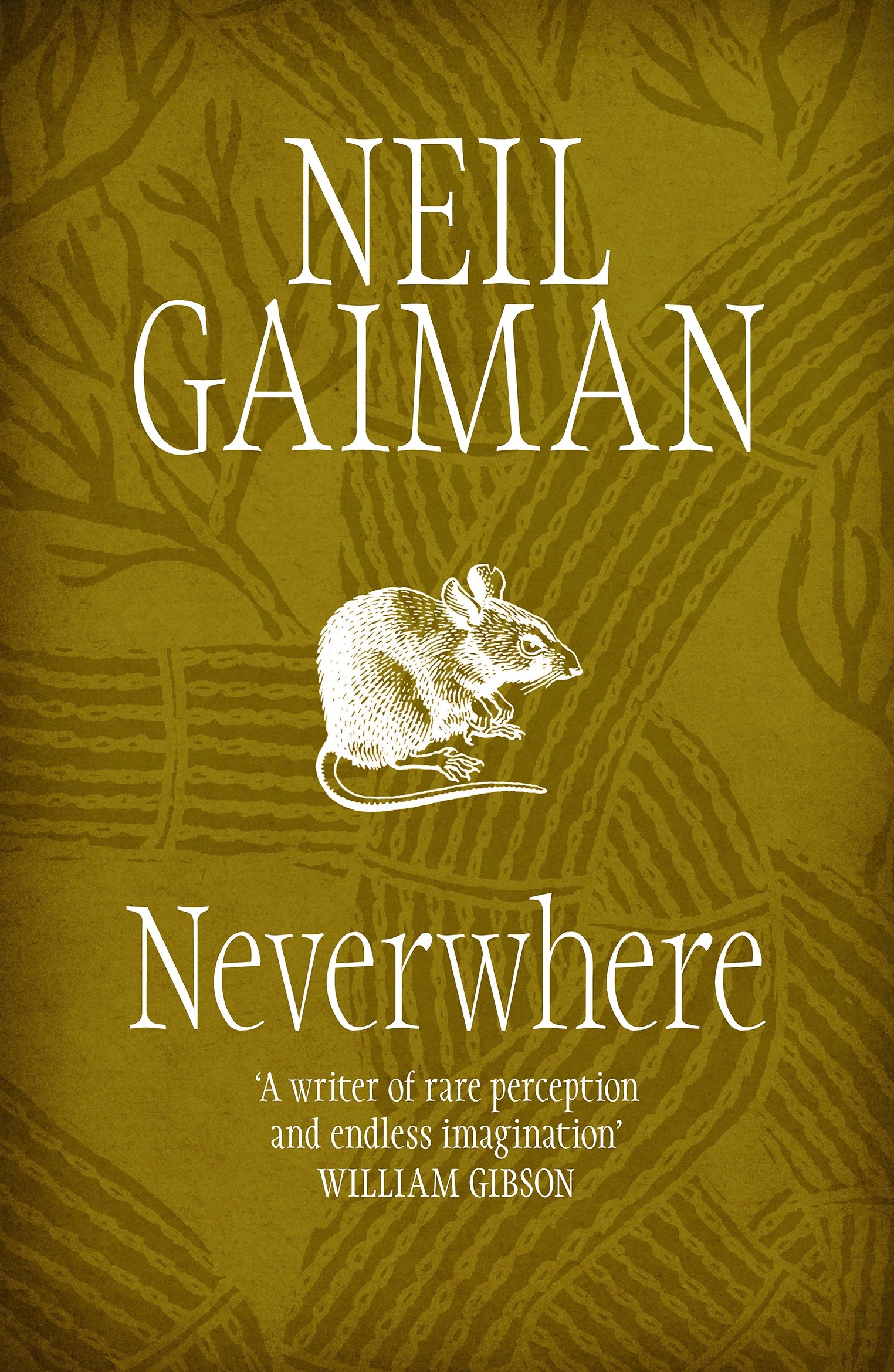 I received my first Neil Gaiman books, Neverwhere and American Gods, from a friend and was excited to finally read him. Everyone online who writes practically worships Gaiman’s writing style and storytelling ability. I immediately took a liking to his writing and the intriguing plot, however the book caught me at a bad time (starting grad school, new teachers and students at work, getting a Kindle and filling it up, etc.) and I had a hard time reading one book at a time. Fortunately, I picked it back up and finished it soon after.

The writing style is very fitting of the scenery, mysterious and fantastical with a touch of modernity. Now I know why everyone praises Gaiman. His writing is unique and the plot twists keep you on your toes right along with the main character.

Richard is just a normal guy living in London, who goes to work everyday but shows little passion for his life (or his fiancee for that matter). One day he rescues a girl who is bleeding on the streets and she tells him her name is Door. She disappears but soon after, Richard enters her world of London Below. He must come to terms with this astonishing and sometimes frightful world that has been hiding just below his feet, and he is whisked off on a journey to help Door and eventually to get himself home.

The characters were vivid and sometimes hilarious, and other times I was confused at the relevance of certain characters. The narrative switches between many of the characters, and all the while I was trying to understand who were the villains and who were the heroes. The ending was a pleasant one, though not terribly unpredictable, but overall I enjoyed the book.

I have been straying away from fantasy lately, but this was definitely an easier read than some fantasy novels I’ve come across, so if you’ve never really gotten into the genre, this wouldn’t be a bad place to start. The juxtaposition between the ‘real’ world and the fantasy world served the story well, and I think it’s an easy book for anyone to enjoy.

One thought to “Neverwhere – Book Review”