By now, many of you might have heard about the new Netflix series based on the Series of Unfortunate Events books by Lemony Snicket. I haven’t found too much information on it, but I’m hoping it will happen soon. Count Olaf is to be played by Neil Patrick Harris, and I’m excited to see how he has chosen to perform the sneaky villain.

The movie version covered the first three books, and cast Jim Carrey as Count Olaf, and while many fans, including myself, enjoyed it, plans fell through for continuing the film as a series. Here’s hoping that the Netflix version is a) real and b) finishes the job. 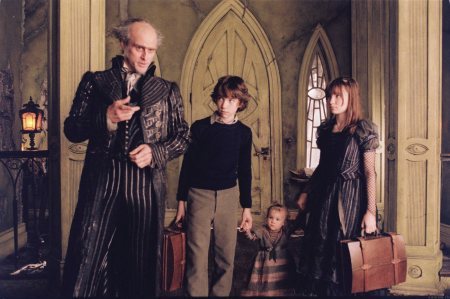 Last summer, when I was back home getting ready to move to South Korea, I found a bookmark in The Grim Grotto, and I decided it was finally time I finish reading the series. I thoroughly enjoyed them when I was in middle school and high school, but for some reason or another, I got partway through the third to the last book and never finished. 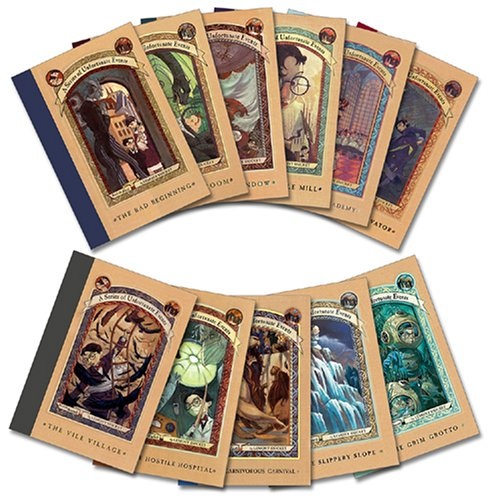 I devoured The Grim Grotto, The Penultimate Peril, and The End and it bumped up my book count immensely. I was way behind on my reading challenge before reading them, but these books read fast, and I had all the time in the world to sit around and read them.

It surprised me how much I enjoyed the series as an adult reader. Some of the themes, jokes, and references are actually more geared towards adults, in a way. It’s like when you go back and watch a cartoon (Spongebob is a great example) and realize how many jokes are there solely for the parents. Also, I’ve seen many adaptations to the book covers to make them more appealing for adults: The last three books deal with the Baudelaire orphans’ struggle to understand what makes people evil and whether or not things in life can be categorized into black and white. I really loved this aspect of it, and the adventures they had in the hotel (The Penultimate Peril) and on the island (The End) were some of my favorites in the series. The ending was so unexpected and yet oddly satisfying, especially for me as an adult. I’m not sure how I would have cared for the ending as a younger reader, but I remember feeling content when I closed the last book.

For anyone who hasn’t read the series, don’t be afraid to give it a try. It’s a very well-written, mysterious adventure series and although it was intended for a younger audience, it is perhaps a more enjoyable read as an adult, thanks to the way it was intelligently written.