Fall and winter are perfect seasons for me. I love to cozy up under a blanket with some hot tea watching Christmas movies. My birthday is in the spring, and now my wedding anniversary is, too, but I get terrible allergies in the spring, so even that season isn’t my favorite. Summer, though, is when I hibernate. I hate the heat and the humidity and I stay indoors most of the time.

The only good thing about summer for me growing up was that my neighborhood had two pools that were walking distance. My cousins and friends and I went to the pool almost every day in the summer, and it was awesome. It was a great way to enjoy the sunny weather without feeling like death afterwards. I love swimming (mostly in the pool) and I am so excited about going on our honeymoon. We are less than three weeks away from being on a beautiful island with gorgeous beaches and swimming pools.

I am determined to change this. And all summer, we’ve been busy and lazy, so going to a water park or a pool seemed like more work than it should be. But I was determined to get my husband swimming (or at least floating) before we hit the sandy beaches on our honeymoon trip.

We had to dig around a little to find out that there is a pool at a community center not too far away from our house. Koreans don’t seem big on swimming, and a lot of people I’ve met here tell me they can’t swim. As a population that lives on a peninsula, I find that pretty odd. But it makes more sense when you realize that there are hardly any private pools, and the community pools are few and far between.

When I lived in Japan, my small town had a community center with a pool, and it was really clean and nice, and I went on a weekday, so there were hardly any people there. I was expecting something similar in Korea. I knew we’d probably have to buy swim caps (which I only ever needed in America because of the month or so that I was on my high school swim team) and that we’d have to wash off in a shower before we were allowed to enter the actual pool.

Last Sunday, we were finally able to go to the pool, so we went out and purchased swim caps, goggles, and a rash guard for my husband (in preparation for our trip to the beach) and some water shoes. We drove past (or maybe through?) a military base on our way to the community center, which had bowling lanes and what I’m guessing can be considered an olympic-sized pool. The main pool was about 6-7 feet deep. They also had a kiddy pool that was about a foot deep.

We went inside and paid (about $3 each) and went our separate ways to the showers and locker rooms. I was really surprised when I went into the women’s section, because the showers were all together. I had not prepared for having no privacy in the shower, but I wasn’t totally surprised, because hot springs and saunas all have communal showers. 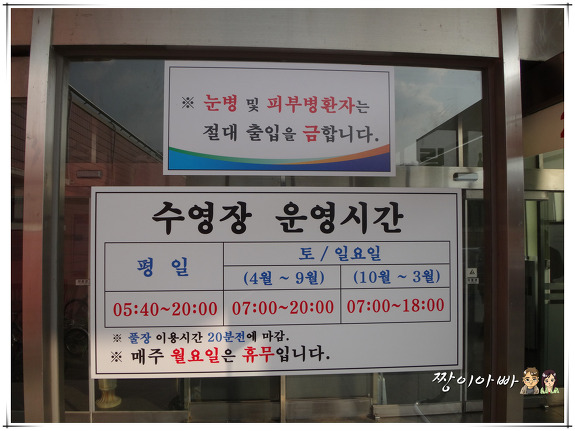 Once I was rinsed off, I had to remember how to put on a swim cap, and then I went through the curtains to the indoor pool. There were so many people, mostly parents bringing their kids, but it was a weekend, so that didn’t surprise me, either. Junkyu came out in his new rash guard and matching trunks, and looked at me nervously.

I decided we should start out in the baby pool, which didn’t even come up to his knees. Before, I had confidently told him that I was good at swimming and should be able to teach him, but it felt like I was teaching someone how to breathe. Swimming comes second-nature, so it’s hard to explain the basics.

I tried to get him to float on his back at first, and his chest kept sinking. Then, I had him hold onto the side of the pool and kick his legs, but he couldn’t get them very high. After a while, I grabbed a chest board and took him to the deeper pool. I got in and swam around, trying to remember what I was doing so that I could explain it to him. Eventually, though, he grabbed two more chest boards and stacked them all up, put them under his chest, grabbed the side of the pool, and taught himself to get used to the sensation. 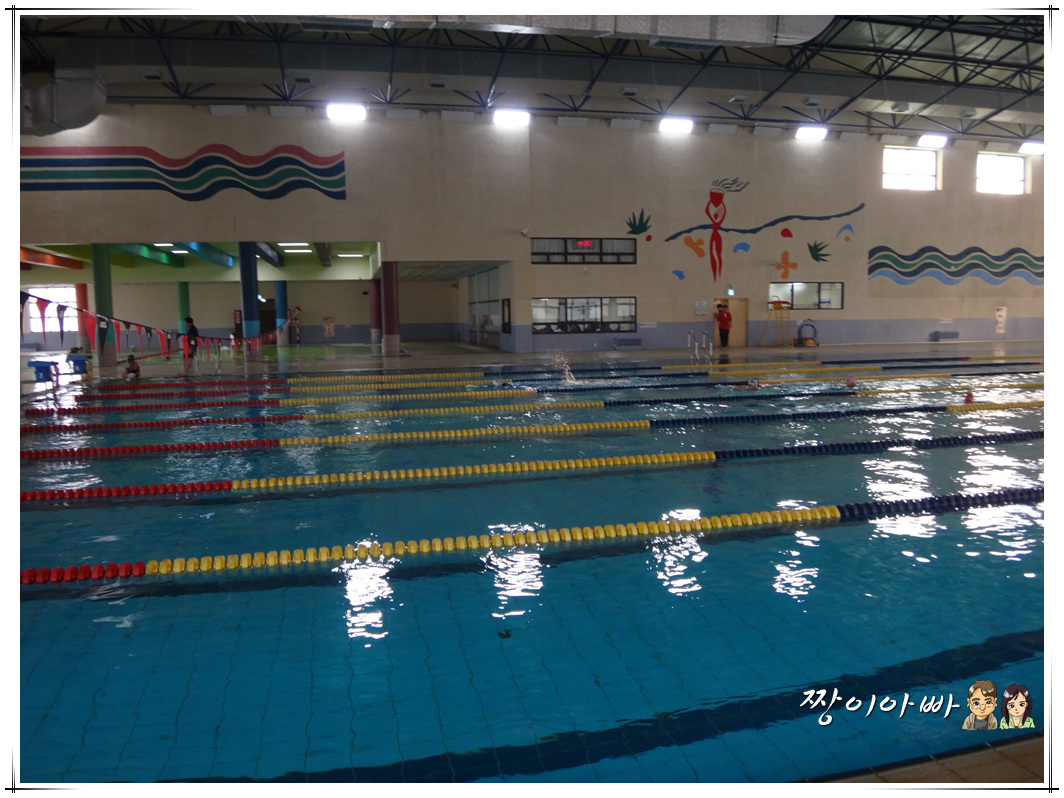 He slowly pulled out his chest boards one by one and I have to say, he was getting good by the time we left. He must have been terrified, because I can only imagine what going into a deep pool feels like when you can’t swim. I don’t really remember not being able to swim, as my uncle taught me when I was little. Junkyu had a lot of patience with himself, and his lung capacity (from playing saxophone and singing) allowed him to hold his breath under water for way longer than I could.

Both of us were exhausted after our little outing at the pool, but I’m a lot more satisfied with this summer heat now, knowing that I got to swim. This weekend, we are renting a pension that has a pool, so I can thankfully experience a nice swim again without the awkwardness of the shower room, and it won’t be long before we are swimming it up with the fish. I’m pretty sure we’ll both rent life jackets, though, when we snorkel in the ocean. Even I’m a little nervous about how that will go, but the adventurer in me is jumping for joy.

6 thoughts to “Going to the Pool in Korea”